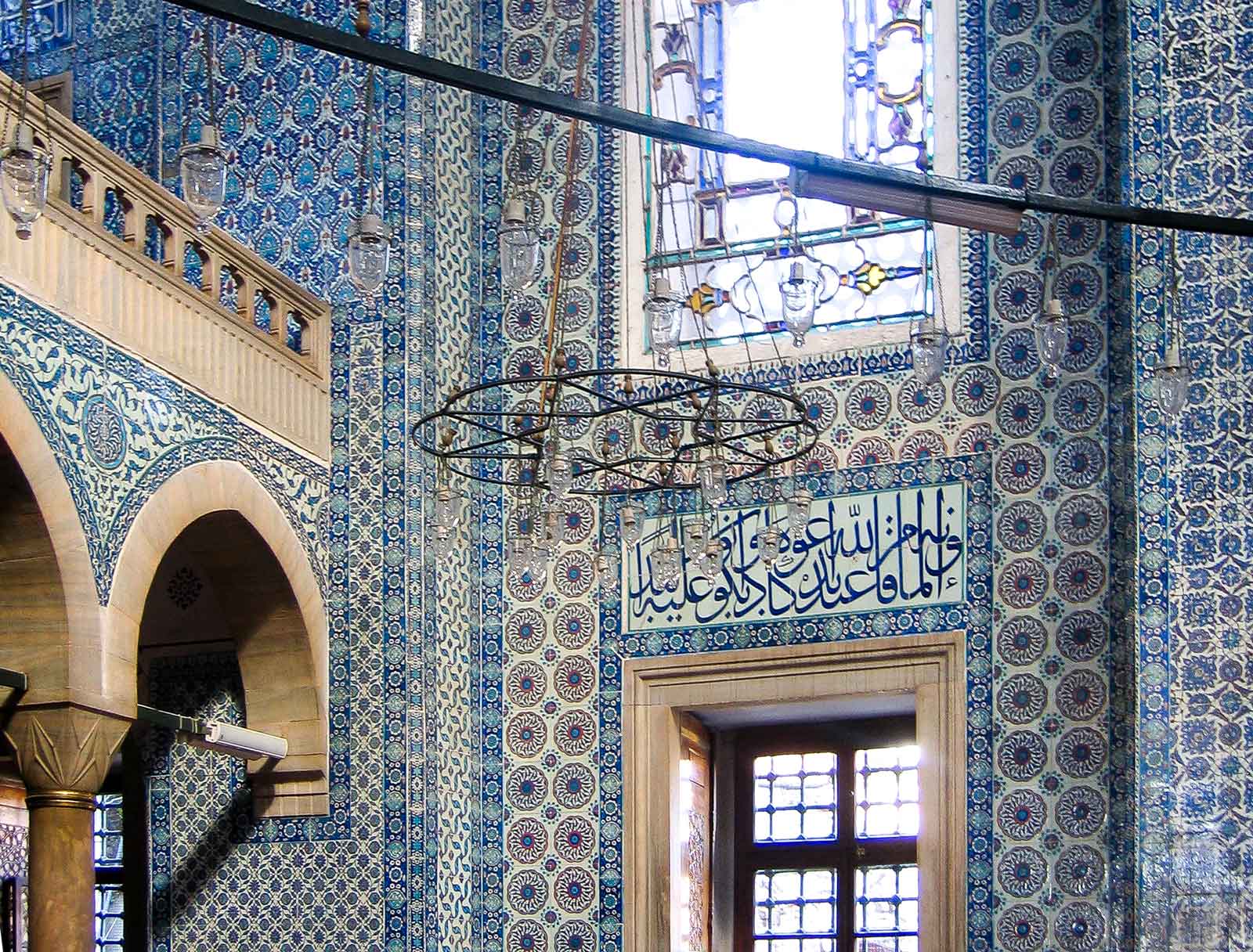 The basic maxim of European Modernism rests on the unity of form and content. It is backed by a material aesthetic and the rejection of decoration as just meaningless trappings. Arab culture, on the other hand, has never formulated this canon as an aesthetic principle revolving round content. In her series «Bosporus», Margareta Daepp opens a gateway between European and Arabic ceramic traditions – as is reflected by the way she intends the name of this group of works to be understood. Geographically, the Bosphorus divides and unites the Occident and the Orient.

The three-part structure of the vessels not only distinguishes between three distinct kinds of container - the tall cylinder from the shallow dish, and the dish from the plain disc - but also between different decorative patterns. Cobalt blue stripes have been arranged around the white, unglazed vessel five-, six- or eight-fold, and a cobalt glaze likewise covers its base and walls inside. The cool austerity of the cylinder is then contrasted by the magnificent, elaborate, black on turquoise ornament on the dish, whose broad rim is set off with a powerful complementary orange-coloured glaze. The ceramicist has come up here with three variations - the product of a sustained process of selecting, picking out and matching. The historical models for these decorations come from the British Museum, and Margareta Daepp has studied original ceramic tiles and their varieties of multiplied ornament in Istanbul/Anatolia. The geometrical structure of both the floral as well as the graphic patterns is based strictly on the forms of the pentagon, the hexagon and the octagon. The flat plate which the other vessels rest on is covered in an iridescent turquoise glaze. Its slender rim has been left undecorated.

In this series Margareta Daepp brings together things that seem to defy union. The number of the stripes on each cylinder is in direct proportion to the exact size of the decoration on the dish. By adhering rigorously to the basic structure of the polygon, the decoration can be multiplied to infinity. Apart from the meaningful arrangement of the ornaments, the colours for the vessels have a semantic relationship to each other. Cobalt blue is one of the most important and precious glazes in the European ceramic tradition, while turquoise and orange number among the main colours used in the Arabic tradition for vessels and tiles.

In this stack of vessels, the ceramicist has united two important cultural worlds with one another, with the links being created via the decoration. Its task as part of our cultural memory and its potential for transformation and renewal is visualised here. The adoption of these cultures as a process of reflection, epitomised by the ceramic vessel, opens up the possibilities for communication and interaction. The ceramic becomes an object with which and through which we can think. 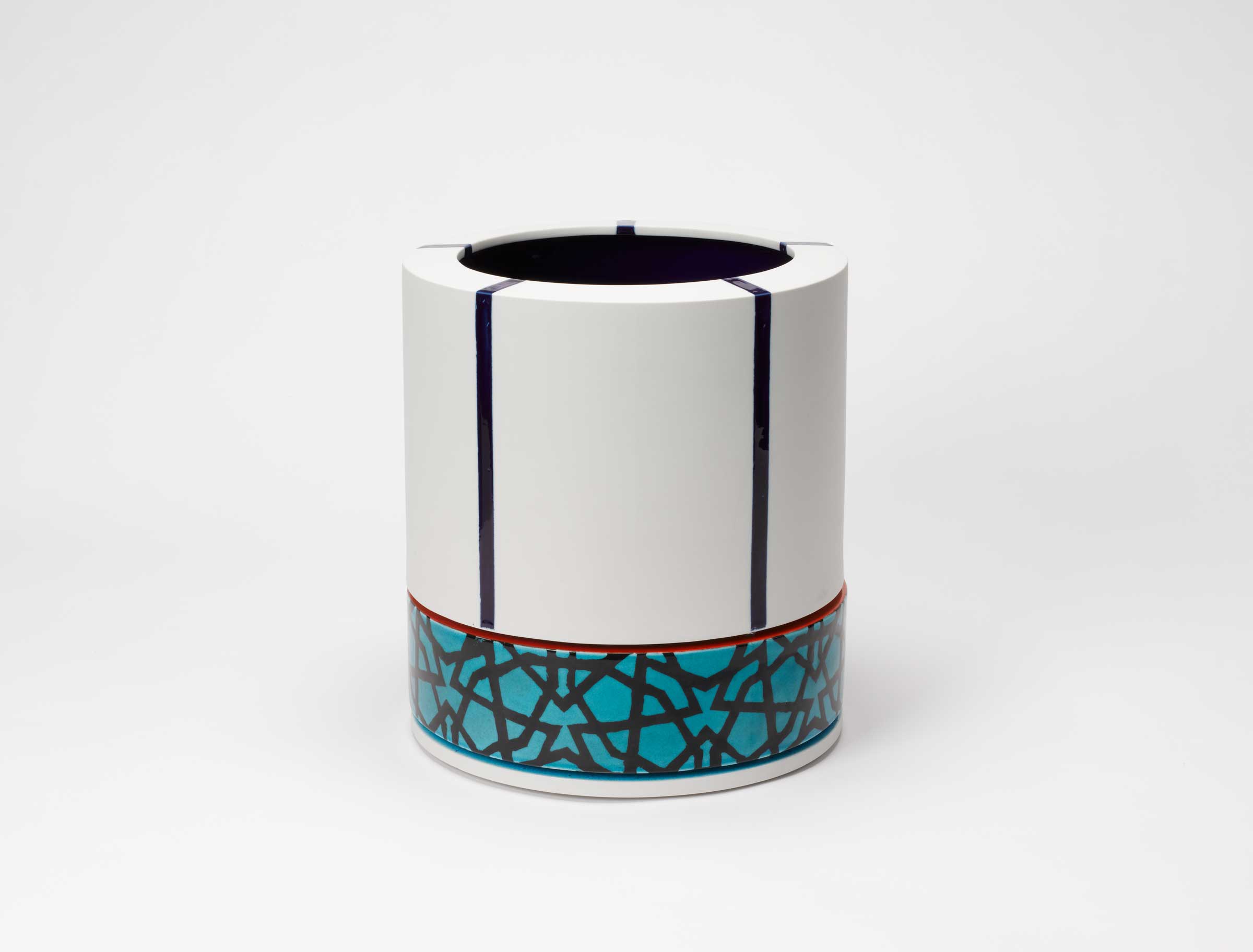 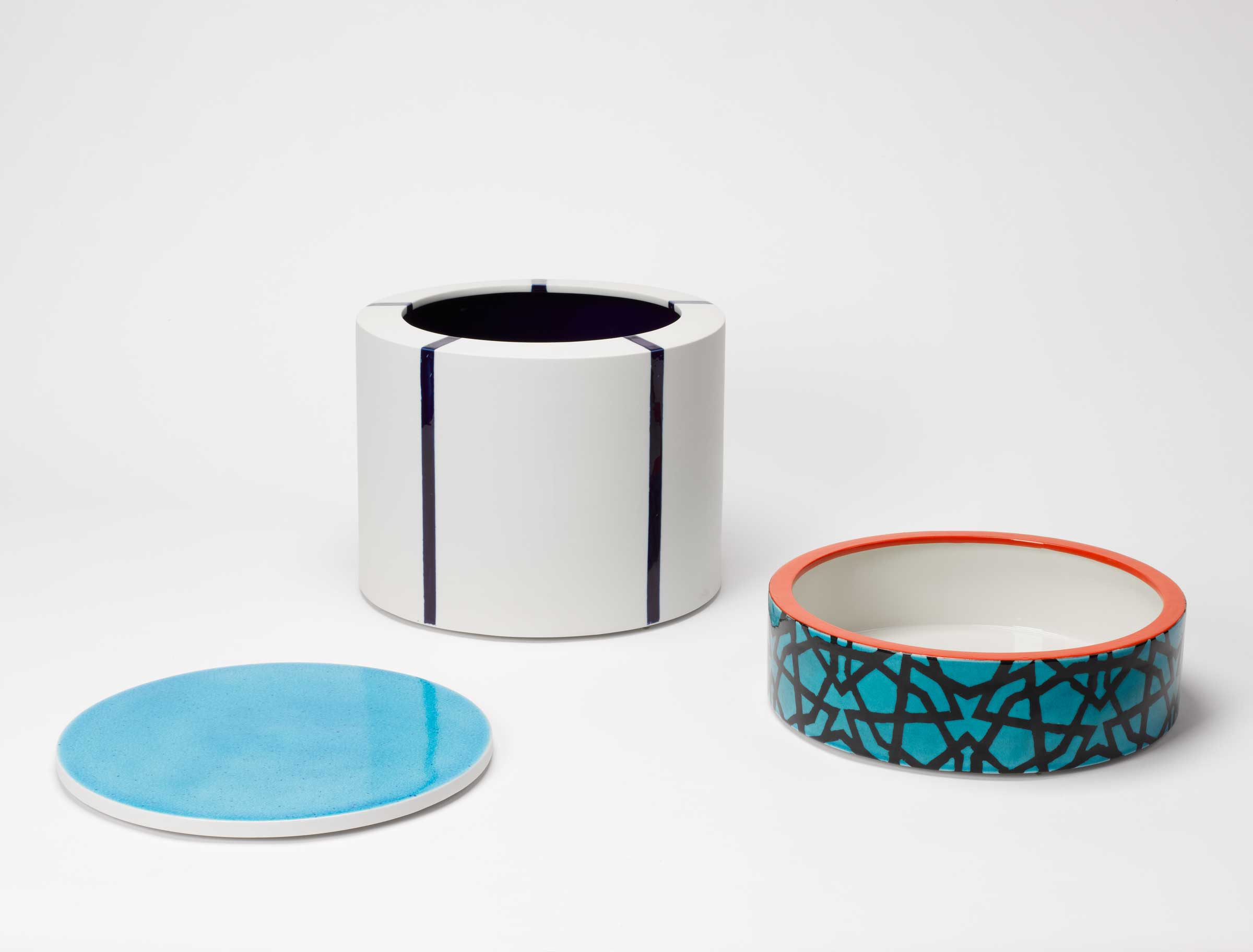 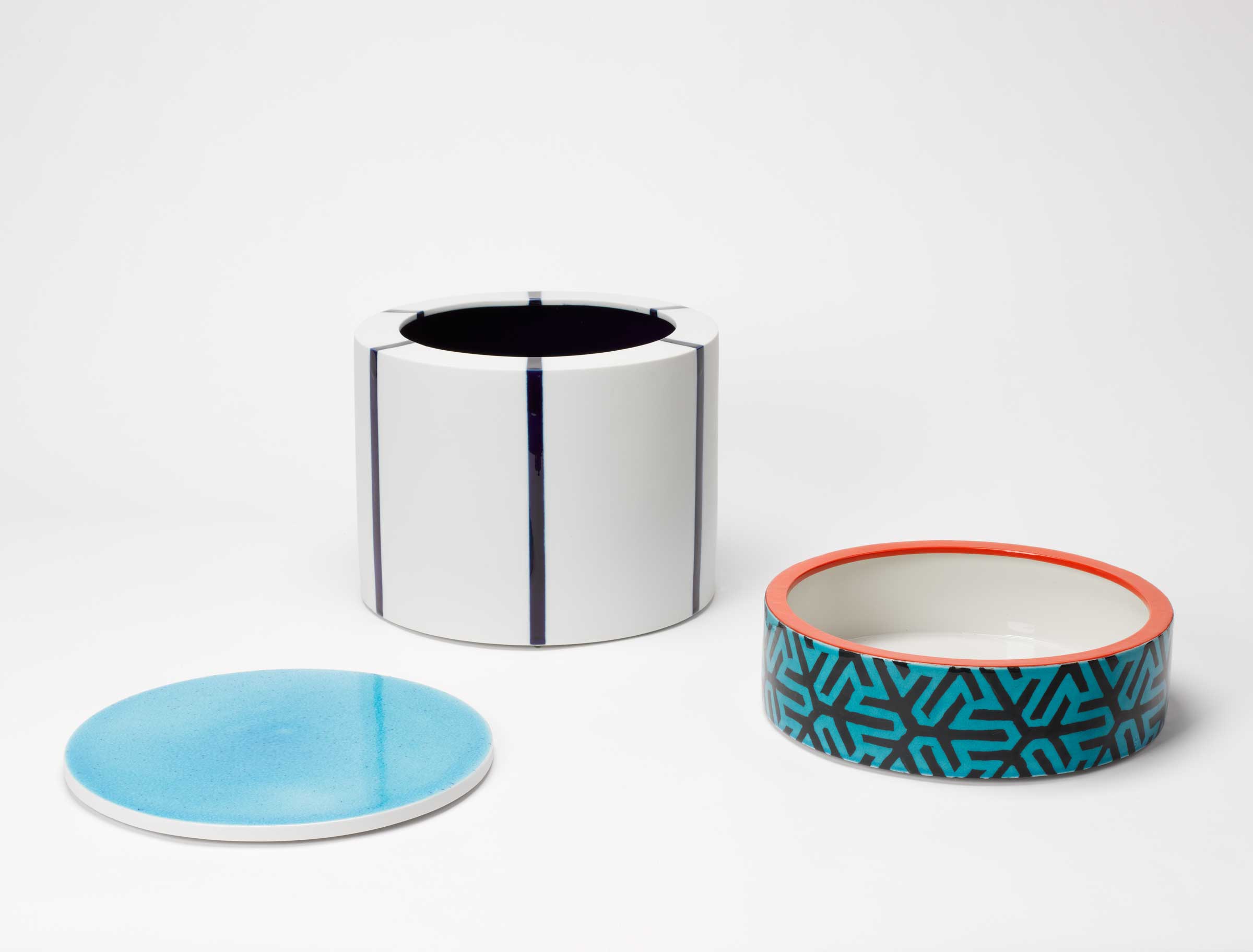 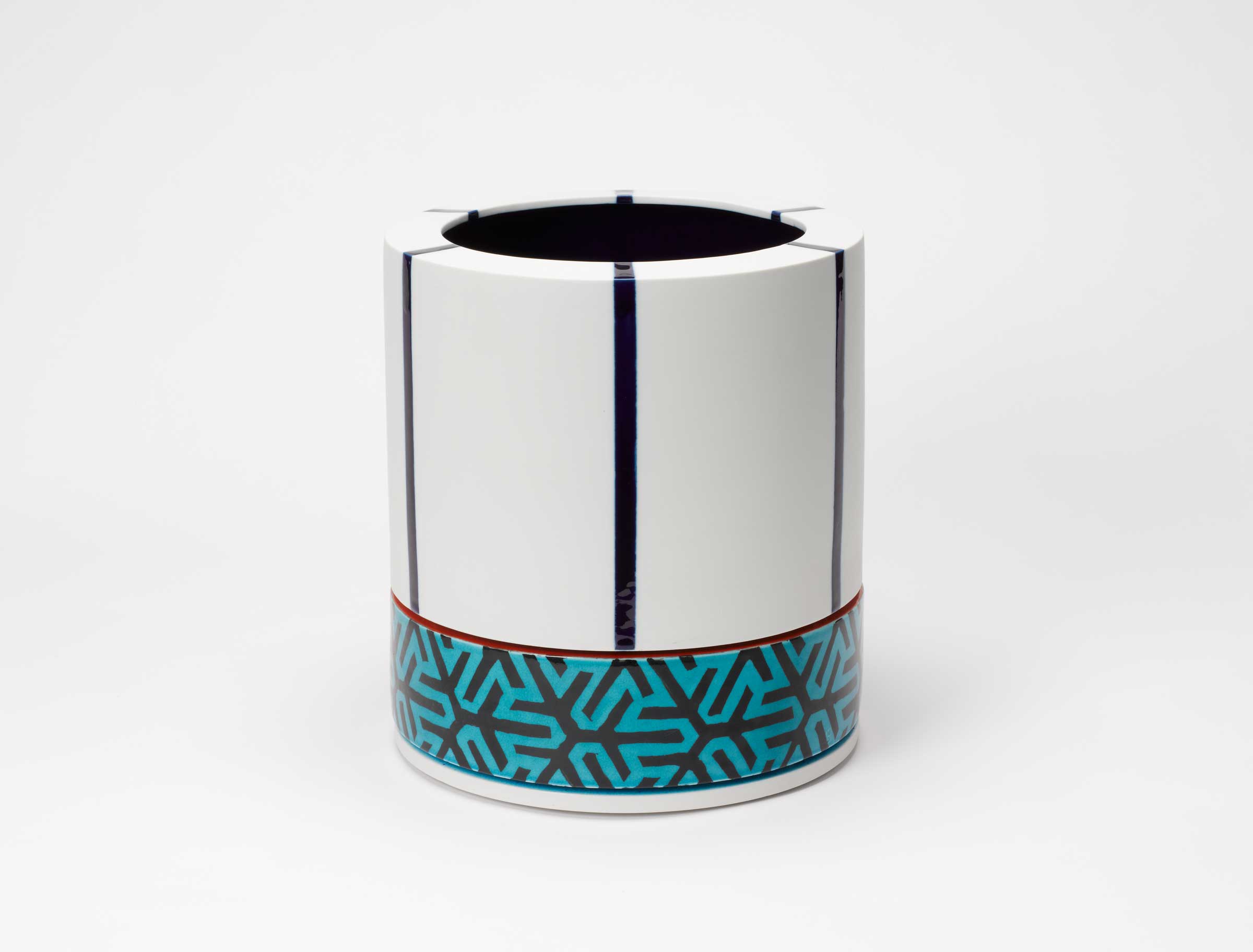 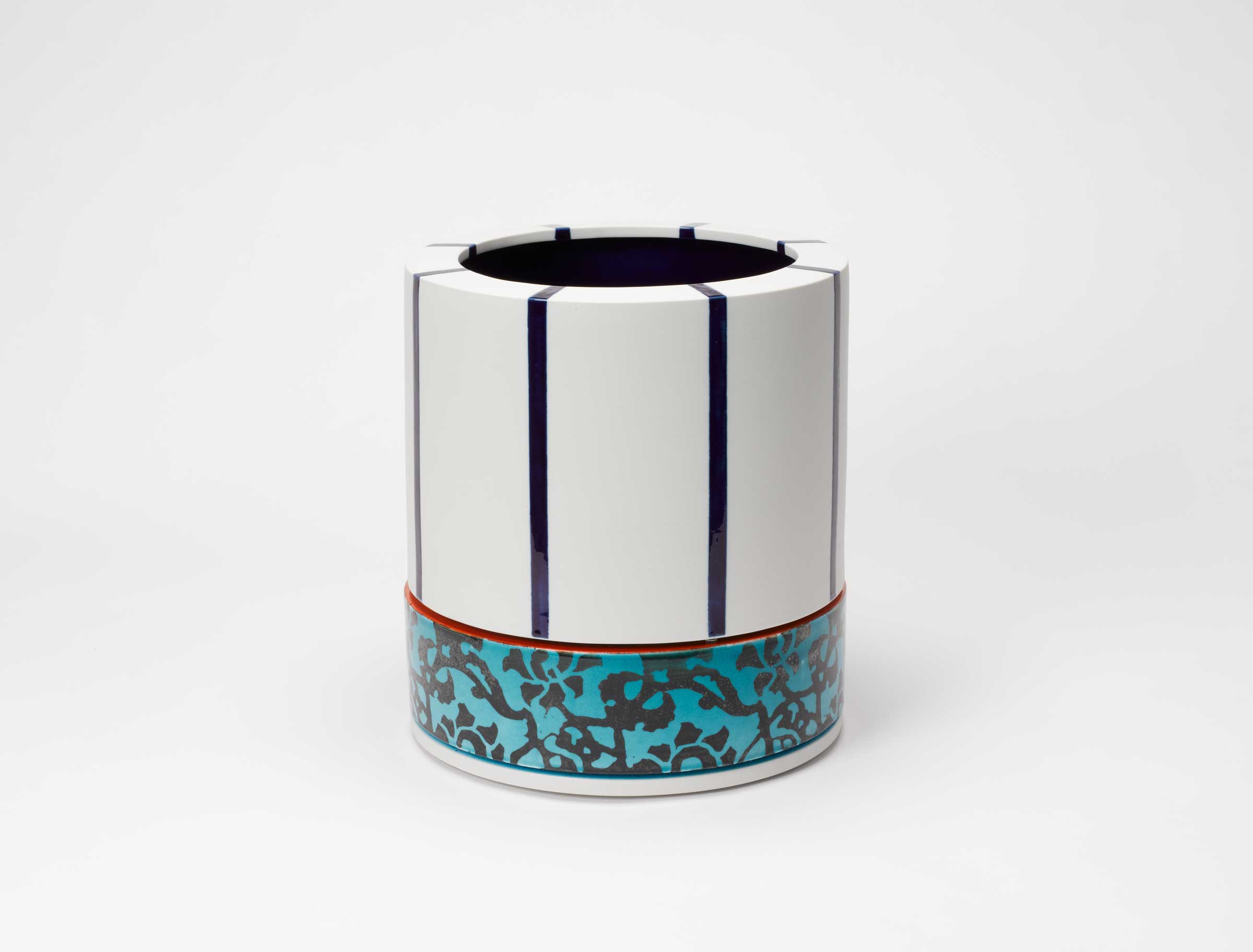 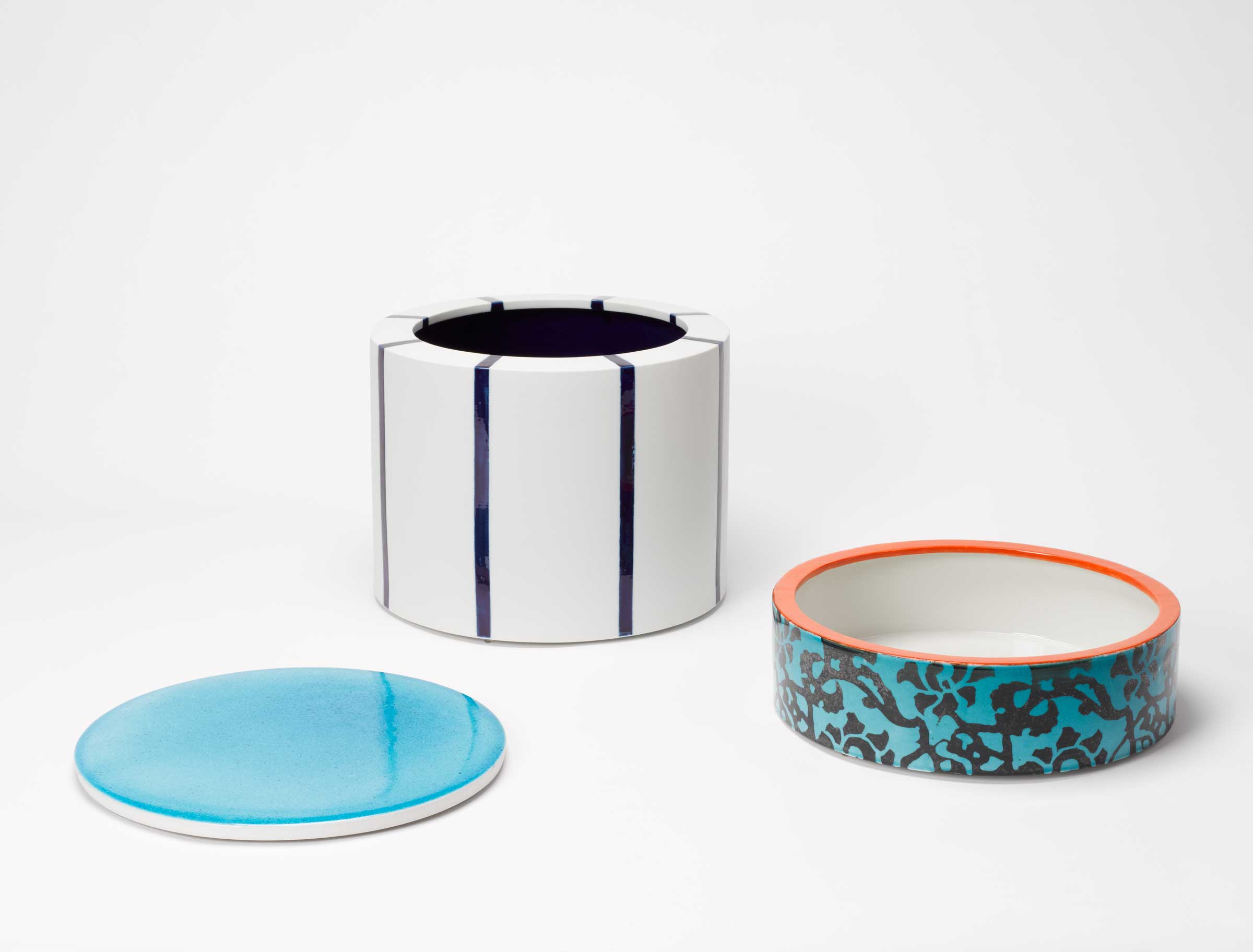 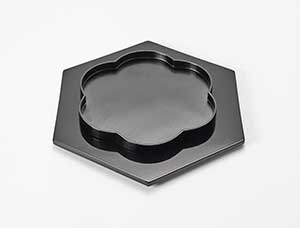 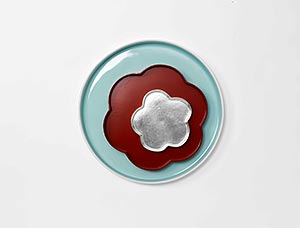 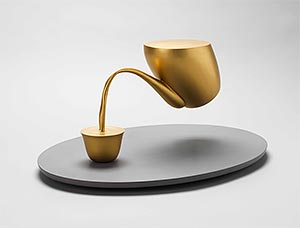 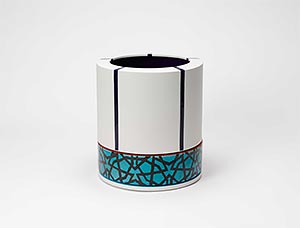 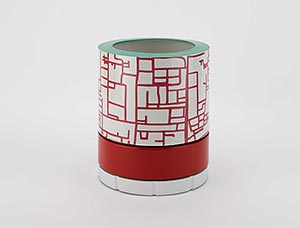 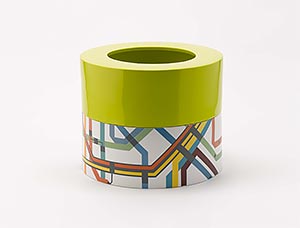 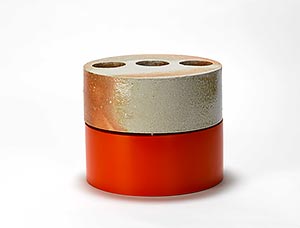 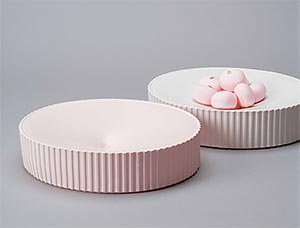 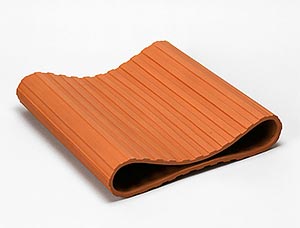 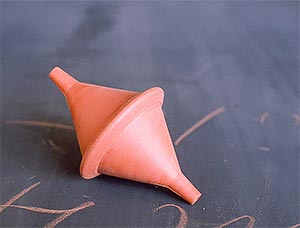 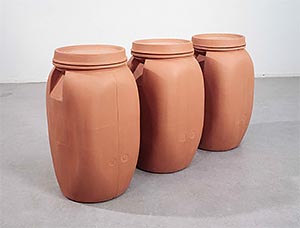 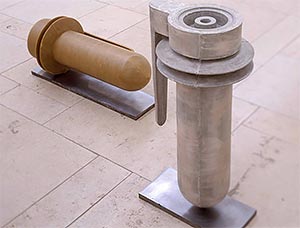 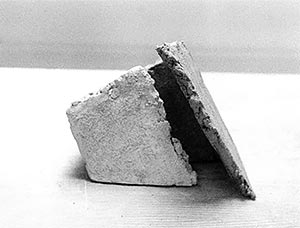